I had the opportunity to spend time with Microsoft last week in the run up to the release of Microsoft Dynamics CRM 2011, or what might, barring a change in naming convention, have been known as Microsoft CRM Dynamics Version 5.0.

My first thoughts were that it’s a surprisingly comprehensive release. Not only has the look and feel been substantially revised, but Microsoft claim five hundred functional improvements have been included, and while I didn’t count them, I can believe the numbers. What’s also very apparent is that they’ve been listening to customers and a lot of the bugbears that originally emanated from the poorly conceived version one have now been eradicated.

So, here are some of the features – some large, some small – that stood out for me:

The user interface – is significantly different. Gone is the use of tabbed views to display data, instead the data is reached by scrolling down the page or ‘jumping’ to the relevant section via left hand menu. This should in principle make the system less ‘windowy’ than was previously the case – which was confusing for a lot of users. There’s also the ability to lock key data in place at the top of the screen so that it remains visible at all times, which could be something of an issue with the previous version. 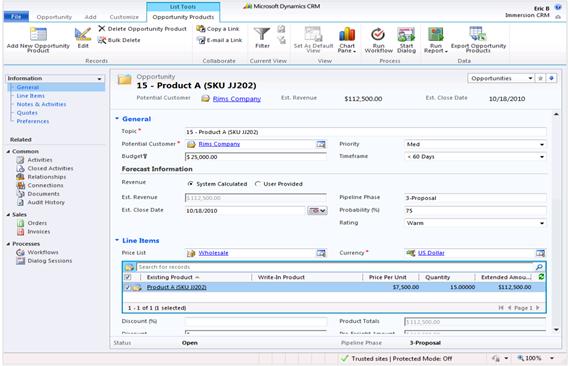 Dashboards – hardly a radical innovation but it’s not something Microsoft Dynamics CRM has had -until now. That omission has now been very nicely addressed, with both pre-packaged dashboards as well as the ability to create custom reports. The dashboard will also display data in real-time and will incorporate data from external sources such as mapping information. 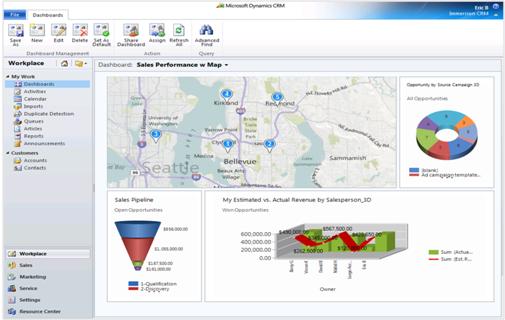 Audit trail – you can now track the history of changes to a particular field value without purchasing a third party add-on package – something that can be critical if you’re managing important or sensitive data.

Role based forms – you can now specify different views of the data depending on the user. This means users only see what’s relevant to them, enhancing the user experience and improving adoption.

Field level security – you can now determine whether a user can see or edit a field based on their profile, again helping protect sensitive or critical data. Importantly, this will apply to both standard and custom fields.

A default to all on activity and history views – previously the default when looking at activities or history on a record was 30 days. To see anything outside of that, you had to select a different view from a pick list. Bizarrely this default could not be changed. It may not be top of many people’s feature list, but this will make a lot of user’s lives, a lot, lot easier.

One click data export and import to Excel – this feature allows users to quickly export, amend, and re-import Excel data.  So for example marketing might be able to export a mailing list for users to review and then automatically incorporate any changes by re-importing the spreadsheet.

Total record count – again not a headline feature perhaps, but one of the painful feature of version 4 and its predecessors was that when you ran an advanced find, for example to find how many customers you had in say France, if the number happened to be above the record display limit, which defaulted to fifty, it didn’t give you a record count and you had to resort to scrolling through pages and mental arithmetic to arrive at the right figure. This is now addressed. Hurrah.

Guided dialogues – enables users to capture information using workflow driven scripts. This for example could be configured to guide a telesales person through lead qualification, or a service representative through logging a trouble ticket on the system, with different dialogues being generated depending on the answers given. 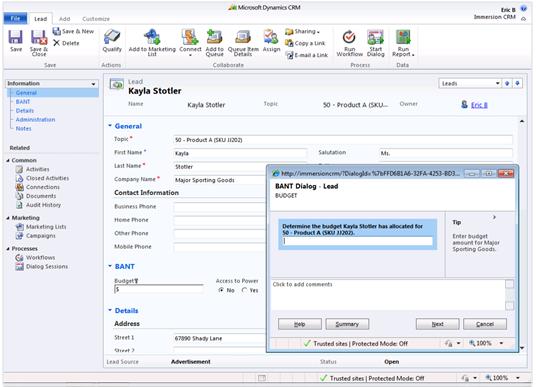 Inline visualisation – Provides an additional graphical representation of data views to provide a more visual interpretation of data. There are both pre-built graphical views as well as the ability to add customised views. The data is represented in real time and supports drill-down so that a user could see, in this example, just seminar leads by clicking on the appropriate segment of the graph. 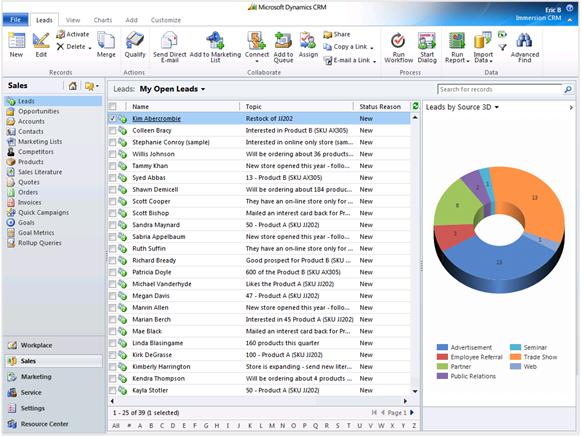 Conditional formatting – this allows data lists to be colour coded. For example you might be able to scan a list and see which support calls were high priority or had exceeded their service level agreement. I think this is a powerful feature and will help users interpret and respond to data much more effectively. 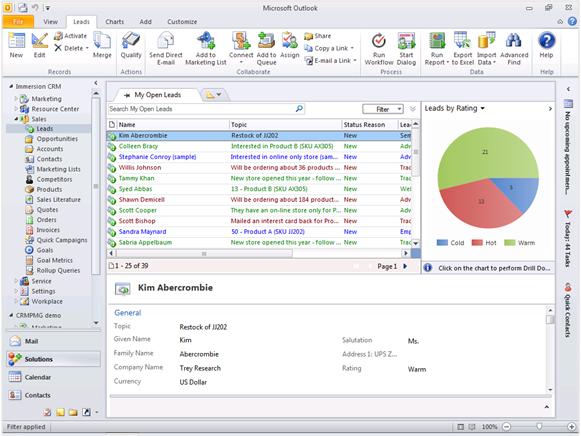 Goal management – the system will allow you to define and track multiple goals and associated time-lines and then track progress against them. So for example it might track the number of calls made and appointments made by a telemarketer, or track a salesperson or sales team’s progress against sales target. 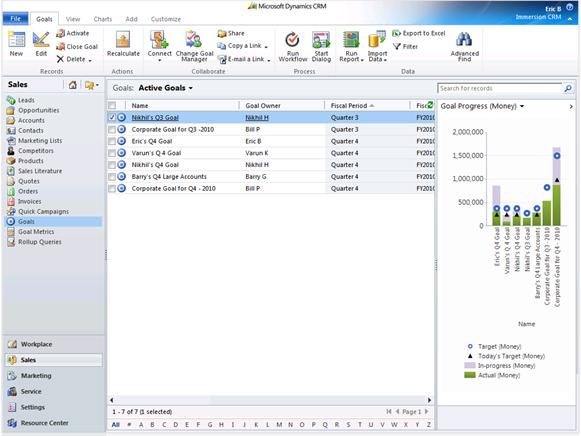 SharePoint integration – will allow users, out of the box, to make use of SharePoint’s document management capabilities including check in/check out, track changes and version control. Documents can be saved to and accessed from SharePoint by using the documents folder on any entity in the system.

And now in the cloud – and finally Microsoft Dynamics CRM 2011 will be available in both on premise and hosted formats. While a software as a service (SAAS) option has been available in the US for a little while now, this is now available in the UK. The combination of the two formats will give users the flexibility to choose the deployment option that’s right for them, or even migrate between formats if they need to. Importantly there are no significant functional differences between the on premise and hosted options

Microsoft has been playing catch up in some respects since its somewhat underwhelming entrance into the market in 2003. The fact that it’s an extremely flexible package and, of course that it’s developed by Microsoft, has helped users overlook some short-falls on the functionality front. This release is interesting in that it provides significant functional improvements at the same time as extending the product’s flexibility and versatility, and positions itself for an interesting dog-fight with Salesforce.com, not least of the reasons being their hosted pricing: £22.75 per user per month. And that’s going to have big ramifications for the CRM market, which I will cover in my next post.